Robert William “Bob” Howerton, 71 of West Portsmouth, died Monday September 20, 2021 at his home. He was born September 15, 1950 in Painesville, Ohio to the late Ernest and Marie Jarvis Howerton. Bob was a United States Army Veteran of the Vietnam War.

He was the owner and operator of Bob’s Appliance Service. He was a member of Christ Community Church and the James Dickey Post 23 American Legion.

Along with his parents Bob was preceded in death by 2 sisters; Connie Bennett and Linda Distel and a brother Jerry R. Howerton.

Bob is survived by his wife Diane Traylor Howerton, whom he married on October 26, 1969, 2 daughters; Sonia Howerton (Jeff Boggs) and Tami (Johnny) Tolliver, a granddaughter Tiffany (Howard) Robinson and 2 great grandchildren; Brycen and Brynan Robinson along with several nieces and nephews.

Funeral services will be 1:00 PM Friday September 24, 2021 at the Roger W. Davis Funeral Home in West Portsmouth. Interment will be in Scioto Burial Park with graveside military rites by the James Dickey Post 23 American Legion. Friends may call at the funeral home from 6 to 8:00 PM on Thursday and one hour prior to the funeral on Friday. Condolences may be sent to www.rogerwdavisfuneralhome.com 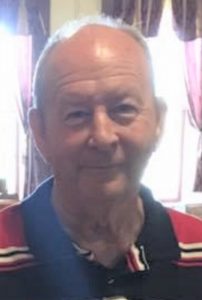