Philip E. Purtee, 73, of Franklin Furnace, died Sunday, September 19, 2021, at his residence.  Born on May 14, 1948 in Scioto County, he was a son of the late Dallas Purtee, Sr. and Ruth Wiley Purtee and was a retired central office equipment installer for both GTE and Verizon.

Phil was a proud U. S. Marine Corps veteran during the Viet Nam War.

Also preceding him in death were a brother, Donald Holland and great-grandson, Maddox Lore.

A service will be held at the convenience of the family with burial in Memorial Burial Park with military honors by the James Irwin and William Baker Posts of the American Legion.

The flags on the avenue, along with the U.S. Marine Corps flag, will fly in honor of proud veteran Philip Purtee. 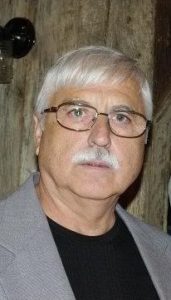