Robert Randall Cooley, 85, of New Boston passed away Wednesday, September 15, 2021 at his home.  Robert was born September 30, 1935 to the late Russell H. and Marie (Johnson) Cooley in New Boston.  He retired as a painter from Martin Marietta in Piketon.  He formerly served as pastor at Apostolic Tower of Faith for Adams and Scioto Counties and most recently was helping out and preaching at Tabernacle of Jesus Christ in New Boston.

Robert is survived by a son, Wayne C. Cooley and wife Tonya of Portsmouth; three daughters, Beverly Charles of Sciotoville, Roberta Hamilton and husband Terry of South Shore and Crystal Gifford of Miami FL; thirteen grandchildren including special granddaughter, Deanna McCallister who took care of him in his home for the last fifteen years; several great grandchildren and three great-great grandchildren.  He was also preceded in death by his wife Norma Gill Cooley who passed away September 14, 2017; six brothers, Frank, Howard, Lonnie, Dwight, Don and Douglas Cooley; one sister, Marilyn Stiltner.

Funeral services will be 1:00 Saturday, September 18, 2021 at D.W. SWICK FUNERAL HOME in New Boston with Pastor Mike Gifford officiating.  Friends may call at the funeral home from 5:00 p.m. until 7:00 p.m. Friday, September 17, 2021 and one hour prior to the service on Saturday.  Interment will follow at McKendree Cemetery.  Online condolences may be left at DWSwickFuneralHome.com. 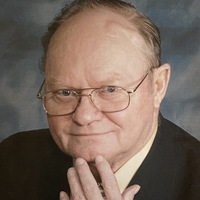