Skip to content
FacebookEmail
| logout
Robert Eugene Dials, 83, of Wheelersburg passed away Saturday, September 18, 2021 at Southern Ohio Medical Center.  He was born in Portsmouth on January 31, 1938 to the late Pearl Jackson and Hattie (Kitchen) Dials. Robert was a 1956 Graduate of Portsmouth High School and retired as a steel worker for Detroit Steel. Robert served in the U.S. Army and the Ohio National Guard for over twenty years. He attended Sciotoville Christian Church and was a member of the Western Sun Masonic Lodge in Wheelersburg for over sixty years.  He was a past patron of the Eastern Star and was also a past patron of Amaranth.  Robert loved attending and selling things at auctions throughout the county.

Robert is survived by his wife of over sixty years, Mary Lou (Bentley) Dials; two sons, John Dials of Sciotoville and Jeffrey Dials and wife Julie of South Carolina; one daughter Terri Richards and husband Eric of Ashville; one brother, Jack Dials and wife Marge of Wheelersburg; five grandchildren, Scott Dials, Justin Dials and wife Miranda, Jacob Richards, Taylor Richards and Sydney Dials; two great – grandchildren, Bryson Dials and Annie Jo Dials; a sister-in-law, Betty Dials of Naples, Florida; a brother-in-law, Harry Kinker of San Antonio, Texas.  He was also preceded in death by one brother, Glenn Dials; and one sister, Bonnie Kinker. In lieu of flowers the family requests donations be made in Robert’s name to Habitat for Humanity of the Tristate, 240 3rd Street, Huntington, West Virginia 25701.

A graveside service will be held at 3:00 p.m. Tuesday, September 21, 2021 at Sunset Memorial Gardens in Franklin Furnace where friends may call from 2:00 p.m. until 3:00 p.m.  Services are under the direction of D.W. SWICK FUNERAL HOME “WOLFE – NELSON CHAPEL”. Online condolences may be left at DWSwickFuneralHome.com. 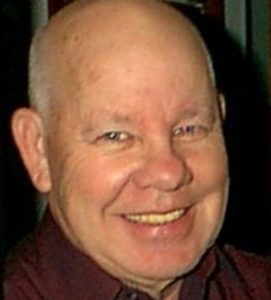