Larry loved spending time with his family and friends, and mostly spoiling his grandchildren. He lived life to the fullest and enjoyed camping, hunting, fishing, gardening and karaoke with his friends, especially his nephew Rick Ellis. He loved his country music and always had it playing even if it meant waking the family up at 6am. Larry actively participated in sports throughout his life. In High School, he played men’s basketball for the Northwest Mohawks. It was at his high school basketball game that he met his wife, Mary, when she offered him popcorn from the concession stand she was working. She said it was love at first sight. Afterwards, he continued to play men’s basketball throughout the years, even once against the Harlem Globetrotters in which he scored 18 points! However, he regularly played organized men’s fast pitch softball most of his life until age 50. Larry was well-known to play at Hobbs Ball Park and Cable Park in which he hosted a Denny Harris Tournament with his friends and teammates every year. It was not unheard of to have a yard full of people show up for a BBQ after a game at his home. Also, over the years, Larry would take yearly hunting and fishing trips to Michigan with his father, brothers and friends. As well as spending time in the Promised Land with family always making it an adventure. Throughout his life, he was well-loved and had deep bonds with many. To say he was one-of-a-kind guy is an understatement. He has touched many lives in one way or another, including many nieces and nephews, leaving them all with stories and tales they will never forget. He will live on in memory and forever in their hearts.

For those who knew Larry, knew he was a big fan of the Cincinnati Bengals, Cincinnati Reds, Ohio State Buckeyes and Kentucky Wildcats and always rooted them on. The family asks that you wear one of his favorite teams to visitation in honor of him and give him one last Who Dey!

Funeral services will be held at 2:00 pm on Monday, September 20, 2021 at the Botkin Hornback Funeral Home in Otway with Pastor Alan Roe officiating.  Burial will follow in Martin Cemetery.  The family will receive friends from 12:00pm until the time of the service at the funeral home. 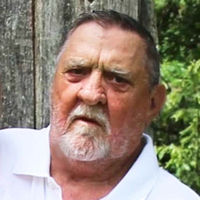