Judith Ann Hollis, 82, of Portsmouth, passed away Wednesday, September 15, 2021, at the SOMC Hospice Center surrounded by her family. Judie was born March 15, 1939 in Portsmouth, a daughter of the late Lillian Marguerite Norman Ruschmann and Louis Finger.

A 1957 Portsmouth High School graduate, Judie had worked for the former B&B Loan, Revco and Levi Furniture. She was a member of Cornerstone United Methodist Church, former member and past president of the Portsmouth Bowling League, a voting precinct election official and she helped start the Girls’ Softball League in Portsmouth.

Judie was preceded in death by her husband, Theodore Philip Hollis, on July 20, 1993. The couple was married June 28, 1969 in Portsmouth.

Also preceding her in death were her siblings, Donald Finger and Joyce Finger Moore; a daughter-in-law, Sandy Carver Lodwick; a grandson, Aaron Brady Lodwick; and her stepfather, Chris Ruschmann.

Funeral services will be held at 11 A.M. Monday at the Ralph F. Scott Funeral Home with Larry Moore, Minister, officiating and interment in Scioto Burial Park.

The family will receive friends at the funeral home Sunday from 2 to 5 P.M and one hour prior to the services Monday. 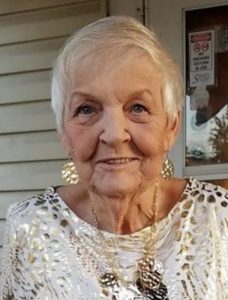