Jerry Lee was a retired Correctional Officer at SOCF in Lucasville, Ohio and was a member of Calvary Baptist Church in Piketon.  He enjoyed watching the Ironton Fighting Tigers football team, the Ohio State Buckeye football team and sitting on his front porch.

Funeral services will be 12:00 p.m. on Friday, September 24, 2021 at Botkin Hornback Funeral Home in Waverly with Pastor Jon Black officiating.  Burial will follow in Mound Cemetery in Piketon, Ohio.  Family will receive friends from 10:00 a.m. until the time of the service at the funeral home. 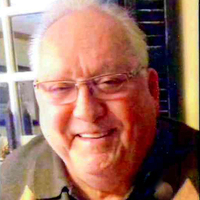