Janet Lee Ramey, 77 of Minford passed away Friday, September 17, 2021 at Portsmouth Health & Rehab in Portsmouth. Born January 27, 1944 in Portsmouth to the late Orville and Ethel Helvenstine, she was a 1964 Glenwood High School graduate, a childcare provider and attended Rivers of Joy Baptist Church.

Funeral services will be conducted at 11:00 a.m. Monday, September 20, 2021 at Erwin-Dodson-Allen Funeral Home in Minford with Charles Whistant officiating. Burial will be at White Gravel Cemetery in Minford. Friends may call at the funeral home from 10:00 to 11:00 a.m. prior to the service. Online condolences may be sent to www.edafh.com. 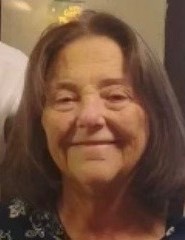