Helen Bennett Allen, 92 of Minford passed away Sunday, September 19, 2021 at Minford Retirement Center in Minford. She was born September 16, 1929 in Scioto County, a daughter of the late Everett R. and Ada Shonkwiler Bennett. She was a homemaker and a member of Fairview Missionary Baptist Church. Helen was a 1947 graduate of Minford High School, a ceramic teacher at Happy Hearts School for several years and was a member of Lucasville Eastern Star #495 and James Irwin Post Ladies Auxiliary.

Funeral services will be conducted at 7:00 p.m. Tuesday, September 21, 2021 at Erwin-Dodson-Allen Funeral Home in Minford with Pastor Timothy Palla officiating. Burial will be at Bennett Cemetery. Friends may call at the funeral home from 5:00 to 7:00 p.m. prior to the service. In lieu of flowers, donations can be made to SOMC Hospice, 2201 25th Street, Portsmouth, Ohio 45662 or The Gideons International, P.O. Box 291, Wheelersburg, Ohio 45694. Online condolences may be sent to www.edafh.com. 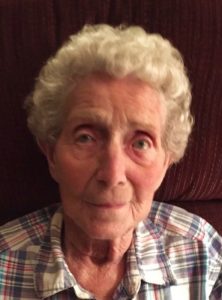