Skip to content
FacebookEmail
| logout
Steven Charles Brewer, 67 years of age, resident of Wheelersburg, passed away peacefully at his home on September 5th, 2021.
A Man of True Grit.
Steve was born to Forrest & Gilberte “Jenny” (Nee: Mahieu) Brewer on August 16th, 1954 in Portsmouth, Ohio. He was a 1973 Graduate of Valley High School and began his career in Law Enforcement, as a Deputy Sherriff of Scioto County. He later moved to Cleveland to begin his career as a Department of Corrections Officer. Steve began raising his family in South Shore, Kentucky and continued his career as a Department of Corrections Officer in Lucasville. Steve retired after 28 years of service in Law Enforcement.
Shortly after retirement, he worked 10 years for a company transporting railroad employees. After this he began working as a Manager for Wood Gate Apartments in Wheelersburg, where he also resided.
He was preceded in death by his parents, one brother, Brian Brewer, and two sisters: Susie and Vivian Brewer.
Steve is survived by two sons and one daughter-in-law, Anthony Brewer of WV, and Dominic and Penny Brewer of Ashland, KY, three brothers: Robert Brewer of Islamorada, FL, Terry Brewer and Jean Pierre Brewer both of Lucasville, one sister, Angie Brewer of Columbus, one grandson, Anthony Nico Brewer of WV, nieces, nephews and girlfriend, Mary Chapman of Wheelersburg.
Steve will forever be remembered for his undeniable service to all, his loyalty, his generosity, his compassion, his stubborness and the undying love and pride for his family.
Steve requested no service be held, but please visit www.fcdaehlermortuary.com to share your memories of Steve and condolences to his family. 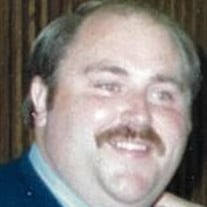