Gregory Yun LeHew, 50, of Piketon, Ohio went home to be with the Lord Tuesday, September 7, 2021 at Mt. Carmel East Hospital in Columbus, Ohio.  He was born October 3, 1970 in South Korea.  He is the son of John and Gunnie LeHew of Belleview, Florida.  On May 29, 1999 he was united in marriage to Jennifer Moore LeHew who survives.  Also surviving are four sons, Micah, Joshua, Nathan and Joseph LeHew of Piketon; brothers, David (Ji) LeHew of Belleview, John (Leola) LeHew Jr. of Belleview and Tim LeHew of Missouri; sisters, Melody LeHew of Belleview and Sheila (Jose) Alvira of Kissimmee, Florida; mother-in-law, Ruth Moore; brother-in-law, Chris (Tesa) Moore; and many nieces and nephews.  He was preceded in death by his father-in-law, Bill Moore.

Greg worked as the site engineering manager for MCS.  He was a deacon at First Baptist Church in Waverly, working in the audio-visual department and spending time with the youth.  One of his greatest passions was coaching soccer at the YMCA.  Greg was known for his humor and the ability to always lighten the mood.  He loved the Lord and was forever proud of his four boys.  Greg was the best husband, father, friend and coach and was loved by all who knew him.

Arrangements under the direction of Botkin Hornback Funeral Home in Waverly. 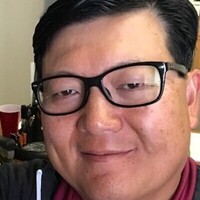