Charles “Charlie” Willard Meyers, 76, of Waverly, was called home by the Lord on Friday, September 10, 2021 at his residence.  He was born on November 26, 1944 in Portsmouth to the late Willard Bryant Meyers and Gladys Vivian Greene Meyers.  On August 24, 1964 he was united in marriage to Jackie Potter Meyers.  In addition to his wife, Charles is survived by three daughters; Julie Meyers of Lucasville, Jill (Steve) Leeth of Asheville, North Carolina and Jodi Tackett of Waverly; four grandchildren, Douglas (Hannah Keibler) Leeth, Sara (Ryan Lykins) Howell, Ryann Howell and Jacquelyn Tackett; four great grandchildren, Lily Jane Leeth, Cameron Charles Lykins, Evan Lykins and Kailan Lykins; two brothers, William (Reba) Meyers of Lucasville and Samuel Meyers of Newark, numerous nieces and nephews and special friends Ken (Lezley) Ahonen.  In addition to his parents he was preceded in death by an infant sister, Nellie Anne Meyers.

Charles was a member of Mary Chapel United Baptist Church.  In November of 1981 Charles accepted the Lord into his heart and was later called into the ministry. He pastored at various churches including Berrysville Church, Mt. Joy, Mt. Zion and Latham.  He spent thirty-five years in the carpentry trade as a foreman for Sargents Construction and retired in 1999.  Charles was a perfectionist and a workaholic, and he instilled in his daughters the same strong work ethic.

Funeral services will be held at 1:00 p.m. on Sunday, September 12, 2021 at Botkin Hornback Funeral Home with Pastor Arvil Junior Murray and Pastor John Daniels officiating.  Burial will follow in Gardner Cemetery.  The family will receive friends at the funeral home from 11:00 a.m. until the time of the service. 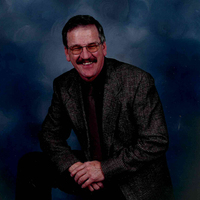