Richard Maynard, 64, of Franklin Furnace passed away Thursday September 2, 2021 at his residence. He was born February 1, 1957 a son of the late Millard and Ella Mae (Mollett) Maynard.
Richard attended Green High School and was a coach for many years. He enjoyed working on cars, racing go carts, dirt track cars and playing golf with his grandson.
Richard is survived by his grandchildren, Mark (Foof) Allen of Flatwoods and Jada Maynard; brothers, Roland Maynard and wife Rhonda and Roger Maynard and wife Louella all of Franklin Furnace; sisters, Evelyn Maynard of Florida, Ernestine Maynard of Wheelersburg, Sue Crider and husband Rick of South Shore, KY and Kimberly North and husband Randy of Ironton. He was also preceded in death by a daughter, Kristie Maynard and a sister, Nadine Clark.
Funeral services will be 1:00 PM Tuesday September 7, 2021 at D.W. SWICK FUNERAL HOME in New Boston with interment to follow at Haverhill Cemetery. Visitation will be Tuesday 12 to 1 at the funeral home. The family request monetary donations be made to the funeral home.
Online condolences may be sent to DWSwickFuneralHome.com. 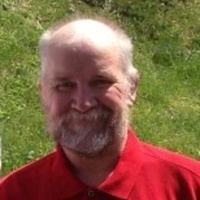