David Lee Jackson, 84 of Lucasville passed away Saturday, September 4, 2021 at SOMC in Portsmouth. Born August 2, 1937 in Lucasville, a son of the late Ralph and Carmen Milam Jackson, he was a mechanic and a former parts manager at Wagner Rental in New Boston. He was a member of Grace Baptist Church, recently attended Fairview Missionary Baptist Church and was a US Army veteran. He was a longtime member of Jefferson Township Fire Department.

Graveside services will be conducted at 2:00 p.m. Tuesday, September 7, 2021 at Lucasville Cemetery in Lucasville. Military graveside rites will be conducted by James Irwin Post No. 622 American Legion and William A. Baker Post No. 363. Arrangements are under the direction of Erwin-Dodson-Allen Funeral Home in Minford. Online condolences may be sent to www.edafh.com. 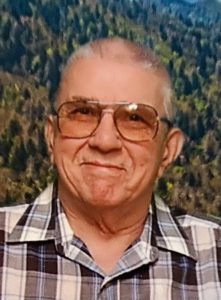