Arlis was retired from the U.S. Army where he was a baker and member of the Army Marksmanship Unit, traveling to different bases with the competitive shooting team. He also retired from the Southern Ohio Correctional Facility where he worked as a food service manager. A colorful man, he had many interests and lived his life to the fullest. Arlis enjoyed taking his granddaughters for car rides in one of the many Cadillacs he had over the years and he never missed an opportunity to take his family to dinner to celebrate special occasions. He also enjoyed 1950’s social dancing and partnering with friends for investment properties.  When it was popular, Arlis loved talking with others on his CB radio, going by the handle “Pistol Pete”.

Arlis was also preceded in death by a stepson, John “Jack” Adams, Jr.; and several siblings.

Funeral services will be held at 1 P.M. Wednesday at the Ralph F. Scott Funeral Home in Portsmouth with Rev. Greg Carter officiating. Interment will be in Butler-Martin Cemetery with the James Dickey Post American Legion Honor Guard providing military rites.

In honor of Mr. Stacey’s service to our country, the flag of the U.S. Army will fly at the funeral home. 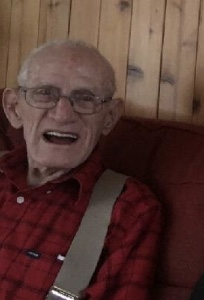