Vivian Darlene (Adkins) Ison, 64, of Portsmouth, Ohio passed away Thursday, August 12, 2021 at her home.  She was born in Beaver, Ohio on January 8, 1957, a daughter of Karl Adkins and the late Doris Earlene (Moles) Adkins.

Preceded in death by her mother, one sister, Charlotte Lynn Adkins, one brother, Karl Gregrory Adkins, and one nephew, Aaron Kameron Adkins.

Vivian was fun-loving, kind and generous, and loved animals.  She will forever be remembered.

At Vivian’s request she will be cremated under the direction of Roberson Funeral Home in South Shore, Kentucky.  Also to honor her wishes, there will be no memorial service, and her ashes will be spread near the grave of her beloved grandmother, Plura Adkins. 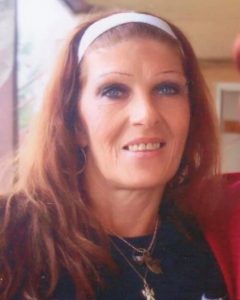