Judith Kay Jackson, 80, of Cincinnati, a lifelong Portsmouth resident, passed away Thursday, August 19, 2021, in Cincinnati. She was born July 19, 1941 in Portsmouth, a daughter of the late Cassius Pedro and Pauline Celestine Melvin Taylor.

Judy was a retired property manager for PIDC and she had also been employed with CAO. A member of Allen Chapel AME Church and a 1959 graduate of Portsmouth High School, she had attended the former Shawnee State College.

Graveside funeral services will be conducted at 11 A.M Saturday at Scioto Burial Park, with her nephew, Terence Taylor, officiating. Arrangements are under the direction of the Ralph F. Scott Funeral Home in Portsmouth.

Those wishing to join the procession to the cemetery may join at the funeral home Saturday from 10 till 10:30 A.M.

Those wishing to join via Facebook Live Stream are asked to do so via the Judith K. Jackson Memorial Service Facebook page from 10-10:30 AM and then again at 11AM. 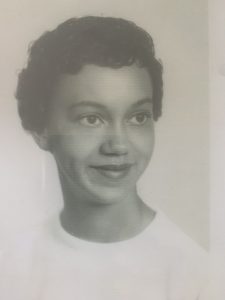