She was born August 7, 1942, in Portsmouth, a daughter of the late Albert and Nellie Holland Munn.

Patty was a homemaker and a 1960 Minford High School graduate.

She was also preceded in death by her husband, Eugene Buckler Sr., June 24, 1995; and one sister, Wanda Spriggs.

Graveside services will be conducted at 2:15 p.m. Tuesday, August 24, 2021, in Scioto Burial Park with Calvin Ray Evans officiating. Friends may call from noon to 1:30 p.m. Tuesday at the McKinley funeral home in Lucasville. 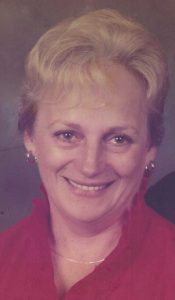