In addition to his parents, he was preceded in death by his wife, Matilda “Tillie” Cassidy who died February 9, 2008, four brothers; Walter Cassidy, Howard “Hoppy” Cassidy, Raymond Cassidy, and Gerald Cassidy, as well as a special friend, Helen Thompson.

Ralph was a business man and former owner of Rax Restaurant in Aberdeen, and Jones Restaurant in Portsmouth, he was an Army veteran who served during World War II, a member of the Forty and Eight Chef de Gaurre, and was the oldest living member and former trustee of the American Legion, Post #23.

Funeral services will be 11:00 AM, Friday, August 20, 2021 at Melcher Hammer Funeral Home in Portsmouth.  Burial will follow at Greenlawn Cemetery where graveside military rites will be provided by the American Legion, James Dickey Post #23.  A visitation for family and friends will be 5:00 PM – 7:00 PM on Thursday, August 19, 2021 with a Recitation of the Rosary beginning at 7:00 PM.

In lieu of flowers, donations may be made to the family’s favorite charity, Sierra’s Haven, 80 Easter Drive, Portsmouth, OH  45662 or www.sierrashaven.org. 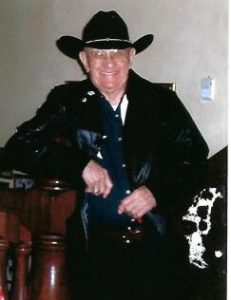