James Alford Hodge, 86 of McDermott, Ohio went to be with the Lord surrounded by his loved ones at home on August 11, 2021. He was preceded in death by his beloved wife and best friend Janet Lee Sissle Hodge whom he married on November 22, 1955. Along with their daughters Angela, Regina, Mary Christine, and Janet Lee, he traveled the world to protect our freedom by serving in the US Navy for 30 years. He retired from active duty in 1972 as an RMCS Senior Chief Petty Officer. He earned the National Defense Service Medal with Bronze Star, Vietnam Service Medal, Navy Achievement Medal, Navy Commendation Medal, and Meritorious Unit Commendation Medal. James was also a veteran of the Korean and Vietnam conflicts.

James, along with his wife Janet, was the voice of Gospel music on WPAY’s Jim and Jan’s Gospel Music Time for 21 years. Assisted by Omalee Matthews, Scott Davis, Joyce and Chuck Wiltshire, they brought Southern Gospel to the airways every Sunday night with laughter, good music, and the message of love, hope and salvation.

James was a Methodist preacher although he always said that Jesus never read the signs on the door and was found anywhere believers gathered. He was a member of the Methodist Circuit Riders who in the early 1980’s visited rural churches without pastors. James with his wife established The Chapel on the Sound, a non-denominational church on Holiday Island, North Carolina. Although he said he couldn’t sing, Janet and Jim could be found at many a church singing those old gospel songs.

After military services, James owned an electronic repair and sales shop, and worked at Samuel Levi’s Furniture store in Portsmouth, Ohio as an electronic repairman, a security officer on Holiday Island, North Carolina, an Office Manager for Sheriff Sutterfield, and a sales person for WPAY prior to finally retiring permanently in 2002.

James was born on March 21, 1935 to the late Albert Redman and Alice Henrietta Nease Hodge. He is preceded in death by his brothers David Hodge, Willis Hodge, William Hodge, Richard Hodge, Howard Hodge, and Clarence Wayne Hodge. James is survived by his loving daughters Angela Hodge of Friendship, Regina Jornov of Friendship, Mary Christine (Duncan) Conquergood of McDermott, and Janet Lee (Mike) Sanderson of Elmore. Surviving are also the grandchildren James was so proud of: Letitia (Tyler) Wiltshire of Cincinnati, Jason (Tabitha) Odel of Mason, Megan (Ray) Townsend of Marion, Robert Jornov of West Portsmouth and Holly Sanderson of Elmore: his great-grandchildren Ethan Wiltshire, Emma Wiltshire, Ella Wiltshire, Easton Odel, and Bentley Odel; with Debbie Sissel and Sheryl Grooms who were daughters in his heart. Surviving are his siblings whom he shared a special bond: Wanda Windsor, Wilma Cooper, Alice Windsor, Allen Hodge, Kathy Boltenhouse, and Barbara Speer. James lived a life full of love, music, hard work, service to God and his country; he is survived by many nieces, nephews, cousins, and friends.

Special thanks go to the VA Clinic in Portsmouth Ohio and Cherie Scarberry for caring for our father as if he was family; SOMC Outpatient Hospice who helped us care for our dad, the staff at Roger Davis Funeral Home who comforted us when we had to say goodbye; and his son-in law Duncan Conquergood who was his best buddy over the last 10 years.

Funeral services will be 1:00 PM Tuesday August 17, 2021 at the Roger W. Davis Funeral Home in West Portsmouth. Interment will be in Friendship Cemetery with military graveside rites by the James Dickey Post 23 American Legion, Friends may call at the funeral home from 6 to 8:00 PM on Monday and from 11 to 1:00 PM on Tuesday. Condolences may be sent to www.rogerwdavisfuneralhome.com 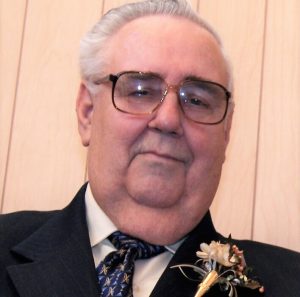