Phillip Eugene “Phil” Arthur, 71 of West Portsmouth, died Sunday August 8, 2021 at Southern Ohio Medical Center. He was born December13, 1949 in Portsmouth to the late Donald D. and Evelyn Faye Coleman Arthur. Along with his parents he was preceded in death by 2 brothers; James and Archie Arthur.

Phil was retired from Scioto County Wastewater where he was an operator and was a United States Army Veteran of the Vietnam War.

Funeral services will be 1:00 PM Wednesday August 11, 2021 at The Roger W. Davis Funeral Home in West Portsmouth. Interment will be in Scioto Burial Park with graveside military rites by the William A. Baker Post 363 American Legion. Friends may call at the funeral home on Wednesday starting at 11:00 AM. Condolences may be sent to www.rogerwdavisfuneralhome.com. 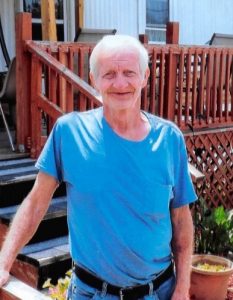