Gary was a member of the Nauvoo Masonic Lodge #769. He was a avid Mechanic and lived to work on cars. When he wasn’t working on them he was talking about them.

Private services will be held at the convenience of the family. Arrangements are under the direction of Roger W. Davis Funeral Home in West Portsmouth. Condolences may be sent to the family at www.rogerwdavisfuneralhome.com 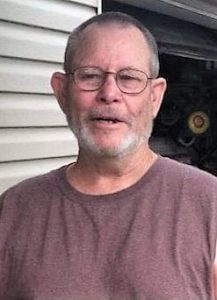