Diana Marie Jessee, 62 of Lucasville passed away Friday, August 6, 2021 at SOMC Hospice. Born July 24, 1959 in Scioto County, a daughter of Anna Marie (Dill) Baker and the late John D. Baker, she was a former employee of Minford Local School as a bus driver and cafeteria worker. Diane loved spending time with her family, crocheting, crafts, travel, and genealogy, she was known as the family historian.

In addition to her mother, she is survived by her husband, Clifford Jessee; one son, Shane (Jennifer Wood) Jessee; two grandchildren, Riley Marie Jessee, Charleigh Michelle Jessee, and three brothers, David (Teresa) Baker, Dwight Baker, Darren Baker. In addition to her father she was preceded in death by one daughter, Brittany Ann Jessee, and two brothers, Daniel Matthew Baker and John Baker, Jr.

Funeral services will be conducted at 1:00 p.m. Monday, August 9, 2021 at Erwin-Dodson-Allen Funeral Home in Minford with Tommy Baker officiating. Burial will be at Bennett Cemetery in Minford. Friends may call at the funeral home from 3:00 to 6:00 p.m. Sunday and one hour prior to the service on Monday. Online condolences can be sent to www.edafh.com. 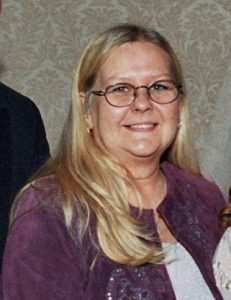