Stephen Kent Boehm, 78, of Stout, passed away at the SOMC Hospice Center on Wednesday, July 28, 2021. He was born June 21, 1943 in Portsmouth, a son of the late David Howard and Maybelle Smith Boehm.

Steve retired from USEC after 31 years of service as a Chemical Operator. He was an Army veteran and had attended Christ Sanctuary Church. He loved golfing and fishing, the Ohio State Buckeyes, Cleveland Browns and his dog, Mia.

Funeral services will be held at 11 A.M. Monday at the Ralph F. Scott Funeral Home in Portsmouth with Pastor Steve Phipps officiating.

The family will receive friends at the funeral home on Sunday from 2 to 4 P.M. and Monday from 10 A.M. until the funeral hour. Interment will follow in Sunset Memorial Gardens. Military graveside services will be conducted by the James Dickey Post 23 Honors Detail. The flag of the U.S. Army will fly at the funeral home honoring Mr. Boehm’s service to our nation. 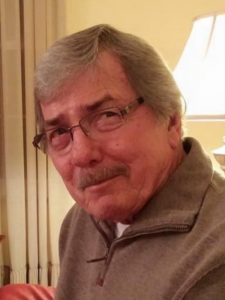