Don was a United States Marine veteran of the Korean War. He was also a member of the James Dickey Post 23 American Legion. Don was the former manager of the Shawnee State Park Marina. He was an educated Machinist and Jack of all trades.

Along with his parents he was preceded in death by 2 sons; Dennis Michael Winters and Perry Donavan Winters, his twin sister Dorothy Spires and 3 brothers; Paul, Homer and Robert Winters Jr., and a grandson Eric Winters.

Funeral Services will be 1:00 PM Wednesday August 4, 2021 at the Roger W. Davis Funeral Home in West Portsmouth with Lynn Wellman and Derrick Morrison officiating. Interment will be in Scioto Burial Park with military graveside rites by the James Dickey Post 23 American Legion. Friends may call at the funeral home from 5 to 8:00 PM on Tuesday and one hour prior to the service on Wednesday. Condolences may be sent to www.rogerwdavisfuneralhome.com. 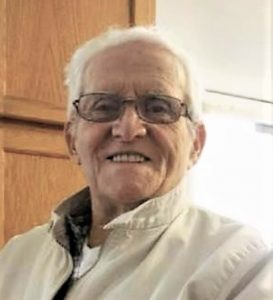