Betty Parrott Copas, 79 of Wheelersburg, died Thursday July 29, 2021, at SOMC Hospice. She was born April 12, 1942, in Bell County, Kentucky to the late Lester and Myrtle Blanton Parrott. Along with her parents, she is preceded in death by a brother Winston C. Parrott.

She was a graduate from Eastern Kentucky University and was a Home Economics teacher at Northwest Schools for over 30 years. She was a member of the First Church of Christ in Wheelersburg, former president of the Nile Township 55 Club, and former president of the Sun Valley Court Homeowners Association. She was an avid UK basketball fan and could be found on gameday with her scorebook in hand. She also loved OSU football and car races. After she retired from teaching, she ran BC Photography.

Funeral Services will be 1:00PM Saturday August 7, 2021, at the Roger W. Davis Funeral Home in West Portsmouth with interment in Scioto Burial Park with Sam Cooke and Race Martin officiating. Friends may call at the funeral home on Saturday starting at 11AM. In addition to flowers donations may also be made to SOMC Hospice in Betty’s name. Condolences may be sent to www.rogerwdavisfuneralhome.com 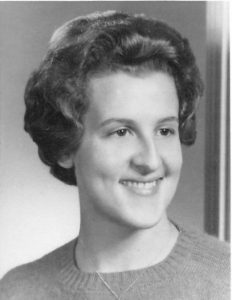