Claude Seth Hambrick, beloved husband and father, of Waverly, Ohio passed into the arms of our Lord and Savior Jesus Christ on July 21, 2021 at the age of 95.

Claude graduated from Wellston High School in 1943.  He received his medical degree from Ohio State University College of Medicine in 1952.  He served two years as a flight surgeon in the US Air Force, after which he worked in private practice in Delaware, Ohio.  In 1977 he became an associate professor at the Wright State University School of Medicine.  He received an honorary degree of Professor Emeritus there in 1992.

Claude and Ruby’s greatest passion was their devotion to their LORD and to their family.  They taught Bible studies and Sunday School; they supported multiple missionaries and traveled on several mission trips.  Claude served as Prayer Coordinator at First Baptist Church in Waverly for many years.  His prayer life motivated others to pray.

Claude’s favorite Bible verse was Phillipians 4:4: “Rejoice in the LORD always, and again I say rejoice.”  His desire was that everyone would know the LORD Jesus as Savior.

In lieu of flowers, please send donations to Gideon’s International, The Navigators or the American Heart Association for research. 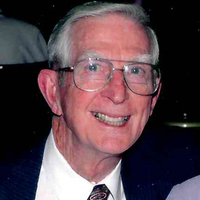