Jerry L. Book, 58, of West Portsmouth, died Wednesday, July 14, 2021 at the Southern Ohio Medical Center.  Born on January 8, 1963 in Portsmouth, he was a son of the late Jerry Eugene and Lynda Somerset Book and was a former mechanic at the A-Plant.

Jerry was Co-Owner of Book Brothers Marine and part owner of the former Get N Go.  He was a member the Rome Masonic Lodge #535, where he served as a Past Master, Solon Council #79, Royal Arch Masons of Mt. Vernon Chapter #23, Calvary Commandery Council #13, the Knight’s Templar and had received the Allied Masonic Degree.

Jerry was also a member of the Autism Project of Southern Ohio, the A.P.B.A and was past president of the B.O.A.

A Celebration of Jerry’s Life will be held at 1:00 p.m. on Monday, July 19th, at the BRANT FUNERAL HOME IN SCIOTOVILLE.  Interment will be in Memorial Burial Park.

Memorial gifts may be made to the Autism Project of Southern Ohio. 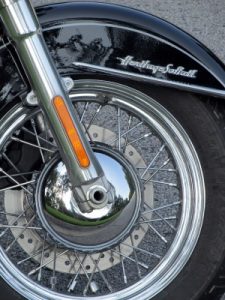