Matthew Justin Orin, 39, of Portsmouth, passed away suddenly Saturday, July 10, 2021, in Mt. Sterling, Kentucky.
He was born March 9, 1982, in Portsmouth, the son of Michael Everett and Linda Diane Webb Orin of McDermott.
Matthew was an Intervention Specialist educator and Jr. High Athletic Director for the Western Pike School District, a 2000 Northwest High School graduate. He received a Bachelor of Arts in Sociology from Shawnee State University, and Master of Education from Grand Canyon University. He was instrumental in the startup of the Western Jr High Football program.
Matthew was a respected official locally as well as across the state of Ohio. As a member of the Southeast District of Ohio for the OHSAA, he refereed Basketball, Football, Baseball and Softball at Jr. High and High School levels. He was honored to officiate in 3 OHSAA Football Championship games, 2 OHSAA Softball Championships, 1 OHSAA Baseball Championship, and 3 each, Boys and Girls OHSAA Basketball Championships. He was currently the Portsmouth Football Officials mechanics interpreter. He was an avid OSU Buckeyes and Cincinnati Reds fan. He was a member of the Community of Christ in McDermott.
Along with his parents he is survived by his wife, Kaci Lynn Messer Orin, whom he married October 7, 2017 in Portsmouth; his daughter, Lynlee Sophia Michele Orin, age 6, at home; his sister, Emily (Eric) Wright of Lucasville; his mother and father-in-law, Michele and Tony Messer of South Webster; a brother and sister-in-law, Chase (Taylor) Messer of Wheelersburg; two nieces Darian Gillette and Makenna Wright; four nephews, Nicholas Flaugher, Dillon (Veronica) Wright, Noah Wright, and Tucker Messer; and his special friends, Nick Broughton, Jimmy Farmer, Jason Phipps, Marcus Thompson, Kyle Gilmore and Wayne Horsley.
Funeral services will be conducted following the visitation scheduled for 4 to 7 p.m. Thursday, July 15, 2021, at the Northwest High School gymnasium with Daron Lilly and Ed Cable officiating. Graveside services will be conducted at noon, Friday in Rushtown Cemetery. Arrangements are under the direction of the McKinley Funeral Home in Lucasville.
In lieu of flowers, memorial contributions may be made to the Matthew Orin Educational Impact Scholarship, Western Alumni Association, c/o Rocky Lambert, Treasurer, 7959 St Rt 124, Latham, OH 45646. 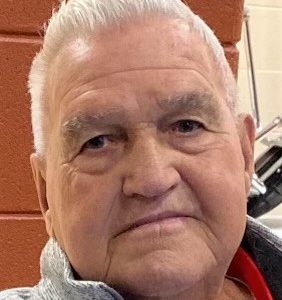