Roger Harold McCoy Jr., 57 of West Union, died Monday July 5, 2021 at Eagle Creek Nursing Home. He was born May 6, 1964 in Portsmouth to the late Roger Harold and Joann Nichols McCoy Sr..Along with his parents he is preceded in death by a son Nicholas Ryan McCoy, his grandparents; Forest and Anna Mae McCoy, Earl and Laura Nichols and a step-son Cody Thacker.

Roger was a truck driver and worked at the South Shore Brickyard for 14 years. He was a former member of the Portsmouth Motorcycle Club where he was known as “Hawkeye”.

Funeral services will be 1:00PM Friday July 9, 2021 at the Roger W. Davis Funeral Home in West Portsmouth with Ty Crabtree officiating and interment in Scioto Cemetery in Lucasville. Friends may call at the funeral home on Friday starting at 11:00AM. Condolences and Donations may be sent to www.rogerwdavisfunealhome.com 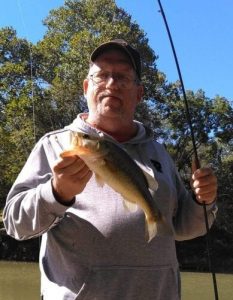