Linda Lou Kinker, 80, of Sciotoville passed away Tuesday July 6, 2021. She was born January 28, 1941 in New Boston a daughter of the late Homer and Elizabeth (Taulbee) Harris.

She was a member of the Sciotoville Christian Church, was a 1958 graduate of Wheelersburg High School and had worked at the former Marting’s Department Store and Atlas Fashions. She enjoyed reading and spending time with her family and grandchildren.  She was a member of the Golden Bears at SSU and enjoyed going with her sister Gwen.

Visitation will be 11:00 AM to 1:00 PM Friday July 9, 2021 at D.W. SWICK FUNERAL HOME, Wolfe-Nelson Chapel in Sciotoville with funeral services at 1:00 PM with her nephew Pastor Brad Harris officiating. Interment will follow at Memorial Burial Park. In lieu of flowers donations may be made to SOMC Hospice Center, 2501 25 TH St., Portsmouth, OH 45662.
Online condolences may be sent to DWSwickFuneralHome.com. 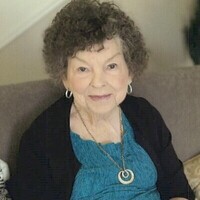