Dennis Michial Kazee, 65 of McDermott passed away at Southern Ohio Medical Center Emergency Department.  He was born on September 28, 1955 in McDermott to the late Kurt Kazee and Helen Allard Kazee.  On May 7, 1979 he was united in marriage to the love of his life Janet JoAnn Kazee who preceded him in death.  Surviving are his children; Jerry Kazee of Portsmouth and Amber Kazee of McDermott; two grandchildren, Liam Elisha Kazee and Willow Marsha Davis; seven brothers, Dean Kazee, Rick Kazee, Dale Kazee, Tony Kazee, Greg Kazee, Dallas Kazee and John Kazee and four sisters; Tammy Kazee, Tina Kazee, Sharon Kazee and Delores Kazee.

Arrangements are in the care of Botkin Hornback Funeral Home of Otway.  The family requests in lieu of flowers that donations may be made to the funeral home to help with expenses. 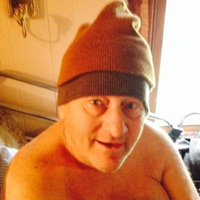