Joshua Edward Cox, 45 of Lucasville died Tuesday, April 27, 2021. He was born September 20, 1975 in Zanesville to Linda and Steve Pendleton Beck and Ralph Cox.

Josh was preceded in death by a brother, Casey Pendleton and both sets of grandparents.

Josh was a proud Brick Mason who took great pride in his work. He was the sweetest man that would do anything for anyone.

Along with his parents, Josh is survived by a son, Isaac Cox, a daughter, Hanna Cox and several aunts, uncles and cousins.

Funeral services will be 2:00 PM Monday, May 3, 2021 at Big Run United Baptist Church with Kelly Carver officiating and interment in Big Run Cemetery. Friends may call at the church on Monday starting at Noon. Arrangements are under the direction of the Roger w. Davis Funeral Home in West Portsmouth. Condolences and donations can be made at www.rogerwdavisfuneralhome.com. 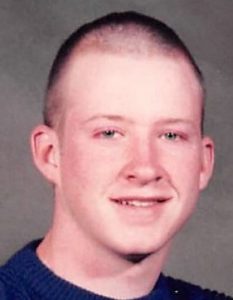