Edwin was a computer programmer, a member of Masonic Lodge Orient #321, and proudly served his country in the United States Air Force. 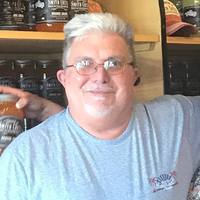