Dorothy Ann Calloway, 79, of Portsmouth, passed away Monday, April 19, 2021 at the SOMC Hospice Center. She was born Sept. 23, 1941 in Portsmouth, a daughter of the late Spencer Lee and Mary Jane (Melvin) Calloway.

A 1959 PHS graduate, Dorothy had attended Allen Chapel AME Church and she retired as a service technician from the Contronics Systems of Ohio in Columbus.

She is survived by two brothers, Kenneth R. Calloway of Portsmouth and Ronald L. Calloway of Dayton; and several nieces, nephews and cousins.

In addition to her parents, she was also preceded in death by two brothers, Spencer Calloway Jr. and Paul L. Calloway.

Graveside services will be held at noon Thursday in Greenlawn Cemetery with Elder Ralph Clay officiating. Arrangements are under the direction of the Ralph F. Scott Funeral Home in Portsmouth. 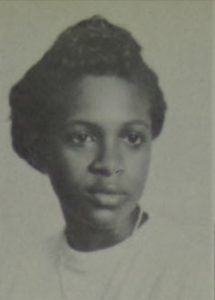