Robert was born at home in Greenup County, Kentucky on September 11, 1932 to the late Minnie Adkins and William Swin Wells.

He was preceded in death by his beloved wife Helen Roberta “Toni” Bailey Wells, whom he married on August 6, 1953. He will also be greeted in his new celestial mansion by others who went home before him, including his son, David Ray Wells, a grandson, Travis Eichenlaub, granddaughter Angie Charles, daughter-in-law Judy Wells; brothers, Russell, Lacy and William C. Wells; sisters, Stacy Hamilton, Eva “Betty” Rhoden, Emmagene Wireman, and Rosella Brock; and other beloved friends and family.

Robert was a veteran of the United States Army and retired from Norfolk Southern Railway where he worked as a conductor. His love of his family was exceeded only by his love for his Lord, and as a member of the Pentecostal Church of God he served for many years as a lay minister and pastor at churches around the area.

He will be remembered by his friends and family for his humor, optimism, and the sense of unconditional love and support he projected to all those blessed to enter his sphere. He was a talented speaker and story-teller, whose fantastical “adventures” entertained his grandchildren and whose spirited testimony and insights inspired all who encountered him.

Services will be Saturday, April 17, at the Roberson Funeral Home in South Shore. Friends and family may visit from 11 a.m., with funeral services at 2 p.m. and burial to follow at Mt. Zion Cemetery, with the Reverend Kenneth W. Potter officiating. 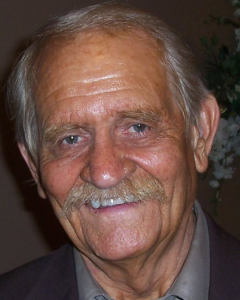