Deborah Gayle Maple,74, of Cincinnati formerly of New Boston, passed away Wednesday, April 14, 2021 at Mercy Health in Fairfield.  She was born, May 20, 1946 in Corpus Christi, TX to the late Edwin F. and Edna Mae (Lewis) Park.  Deborah was a 1964 graduate of Glenwood High School in New Boston where she was involved in many groups and clubs including:  The High School Band, Pep Band, and Dance Band.  She also was a member of the National Honor Society, library staff, annual staff, scholarship team, pep club, pep club class play, class officer, white ribbon club, and Latin club.  Deborah enjoyed dinner once a month with a group of friends she has had since high school.  After high school she went to Cleveland, Ohio to study to be an X-RAY technician working her way up to the job she retired from as a traveling CT – Scan technician which took her to places like Hawaii, the Indian reservations and many other destinations throughout the country.  Deborah was a member of Cedar Street Church of Christ in Christian Union in New Boston.  She loved bingo, drawing portraits and lots of other crafts that she enjoyed doing.

A memorial service will be held at on Her birthday, May 20, 2021 at Cedar Street Church of Christ in Christian Union.  The time for the service has not been determined yet.  Arrangements are under the direction of the D.W. SWICK FUNERAL HOME in New Boston.  Online condolences may be left at www.DWSwickFuneralHome.com. 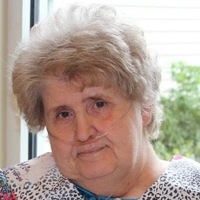