Age 72 of Sciotoville went to be with the Lord at his home April 11, 2021.  He was born July 28, 1948 in Portsmouth.  John enlisted in the U.S. Army and completed two tours of duty in Vietnam, and continued serving for 16 years.  He worked in various construction jobs for many years after that.  John loved spending time with his family, especially his grandchildren and great grandchildren.

Funeral services will be at 11:00 a.m., Wednesday, April 14, 2021 at D.W. SWICK FUNERAL HOME (WOLFE-NELSON CHAPEL) in Sciotoville with Pastor Charles Whisnant officiating.  Interment will follow in Haverhill Cemetery.  Friends may call one hour prior to the service.  Online condolences may be made to DWSWICKFUNERAL.com. 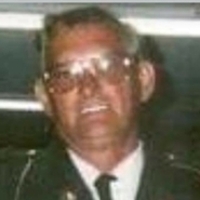