Skip to content
FacebookEmail
| logout
James Arthur Benner (Jim), 80, of Wheelersburg, OH finally got to go Home on Monday April 5th, 2021. He was surrounded by his family at his earthly home as entered Heaven’s gates.
Jim was born on January 13th, 1941 in Portsmouth, OH to Roy and Cecil (Martin) Benner.  He graduated from Portsmouth East High School in 1959. On May 26th, 1961 he married the love of his life and best friend, Delores Hamilton. Together, they shared 60 wonderful years and had four children, Teresa, James (Brian), Angela, and Chad.
Jim traveled for 12 years with the Gospelites. During these travels, he got saved and accepted the call to preach. He served briefly as Associate Pastor of Cedar Street CCCU church in New Boston, OH. He then answered the call to pastor at Sacred Mission Church in Wheelersburg, OH where he served faithfully for 12 years. He then pastored at Vanceburg Christian Baptist Church in Vanceburg, KY. After 13 years there, he was voted in as the General Superintendent of the Christian Baptist Association and held that office for 6 years, until he went back to Sacred Mission Church to pastor once again. From there, he served as pastor at Mabert Road Baptist Church up until God called him Home.
Jim worked at Empire Detroit Steel and retired from Water One Water Company. He attended 4 years at Faith Bible Institute, served as general trustee, served on the Rules and Regulations Committee, the Legal Advisory Board, and the Ordination Committee, all of the Christian Baptist Association. He loved the North Carolina Tar Heels and the Ohio State Buckeyes and was a referee for basketball and an umpire for baseball and softball locally.  Also, he hosted the Singing in the Smokies tours for 25 years.
He is preceded in death by his father Roy Benner, his mother Cecil Benner, his daughter Teresa Benner, and his two brothers Ronnie and Roger Benner.
He is survived by his wife Delores (Hamilton) Benner, his children Brian Benner, Angie (and Brent) Chamberlin, and Chad (and Teresa) Benner all of Wheelersburg, OH, his sisters Shirley Withrow of Columbus, OH and Connie Rose of Pataskula, OH, his grandchildren Nick (and Hollie) Benner of Lakeland, FL, Jacob Benner of Greenup, KY, Caleigh Benner, Easton Benner, and Lauren Chamberlin all of Wheelersburg, OH, and his great-grandchildren Landon and Gabriella Benner of Lakeland, FL.
Visitation will be on Thursday April 8th from 6-8 and on Friday April 9th from 11-1 with funeral services at 1 on Friday. All will be held at Mabert Road Baptist Church under the direction of the D.W. SWICK FUNERAL HOME in Wheelersburg, with Brian Benner and Rev Chad Benner officiating. Burial will take place at Sunset Gardens in Wheelersburg, OH immediately following the service on Friday. 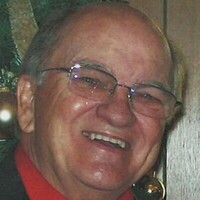