Patricia Faye Coleman, 76 of West Portsmouth died Monday, March 15, 2021 in Waverly, Ohio.  She was born September 17, 1944 to the late Roy Swearingen Sr. and Gladys Tatman Swearingen.  Along with her parents, she was preceded in death by her husband, Larry Coleman whom she married on November 3, 1962, 2 brothers; Ira Swearingen and Roy “Bud” Swearingen Jr., 2 sisters; Shirley Shupert and Pauline Swearingen, 2 special nieces; Jenny Shupert Bodmer and Amanda McGlone, and 2 special nephews; Steve Coleman and Rocky Swearingen.

Pat was a graduate of Portsmouth West High School and Ohio University.   She was a graduate of Paramount Beauty Academy and state licensed in cosmetology.  She was a hairdresser for many years, and later a school teacher.  She was a member of Nauvoo United Methodist Church in West Portsmouth.  She was active in softball leagues as a player and later coach, she was a pageant mom and mentor for young woman involved in the Portsmouth River Days Pageant, and also a cheerleading advisor.  She later became a business owner in the community.  She had a special talent as a homemaker and provider for her 5 children and many grandchildren and had a love for cooking, baking, decorating and crafting.  She loved all her family tremendously, especially her grandchildren.

Funeral services will be 2:00 PM Sunday, March 21, 2021 at the Roger W. Davis Funeral Home in West Portsmouth with Pastor Pete Shaffer and Pastor Alex Bloomfield officiating and interment in Scioto Burial Park.  Friends may call at the funeral home from 6 to 8:00 PM on Saturday and one hour prior to service on Sunday.   In lieu of flowers, memorial contributions may be made to the Ira Swearingen Scholarship Fund via the Scioto Area Foundation (P.O. Box 911, Portsmouth, Ohio 45662), Nauvoo United Methodist Church Scholarship Fund, or Operation Christmas Child Fund (1410 5th Street, West Portsmouth, Ohio 45663) in Pat’s name.  Condolences may be sent to www.rogerwdavisfuneralhome.com. 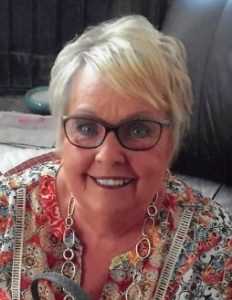