Edgar Melvin Jewett Jr., 75, of Wheelersburg, Ohio passed away February 15, 2021 at his home.  He was born December 16, 1945 in Portsmouth to the late Edgar Melvin Jewett Sr. and Anna Pauline Craycraft Jewett Parent.  He is survived by a son, Christopher Jewett of McDermott, Ohio; a daughter, Kimberly Jewett of McDermott; grandchildren, Kristin Kirker and Austin Jewett; a brother, John Jewett of Texas; a sister Jacquelyn Jewett and husband Chuck Darke of Oregon; a nephew, Matthew Jewett of Columbus, Ohio; and two nieces, Gedra Penn of Portsmouth and Taylor Darke.

Edgar was an electrician with IBEW Local 575.  He was a member of Moose Riders and Portsmouth Moose Lodge.  He proudly served his country in the United States Navy in the Vietnam War.  His life was spent loving his children and grandchildren. 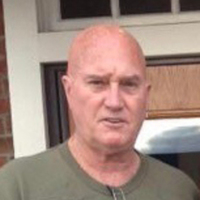