Don Mains was born January 19, 1934 in Otway, Ohio and died February 12, 2021 in Columbus, Ohio following a two-month struggle with COVID-19.  Don was a happy, blond, blue-eyed boy who loved playing with his siblings and cousins around Brush Creek.  In 1953, he graduated from Rarden High School, where he played varsity basketball.  As an adult, he had a fulfilling career in the construction industry.  Don worked as a bookkeeper for Kiewit Construction, during the building of the Piketon uranium enrichment plant, and for Roy McGoveny Construction in Portsmouth.  Later, he became a self-employed builder and was very proud of the apartments that he built and owned in Peebles, Ohio.

Don loved cars.  He was always looking for the special car, or truck, to drive and also enjoyed searching for collectible die-cast vehicles.  His collection of Hot Wheels was something to be seen!  Baking and candy-making were other passions.  Anyone who was lucky enough to taste his buckeyes knows that they were the best.  He enjoyed travel, especially to Florida, Myrtle Beach, and Nashville to attend the Grand Ole Opry.  His daughters have many fond memories of beaches, sand, and sunburns while traveling in their camper.

He was a kind man who, thanks to his white beard and twinkling eyes, looked like Santa Claus.   He enjoyed the look of wonder in the eyes of children who believed they had just encountered the “real” Santa.  Don touched the lives of many and will be missed horribly by all who loved him.  His last wishes were that everyone get their COVID vaccination as soon as possible, wear their masks, and be safe.

A private service will be held at Garvin Cemetery, close to Don’s boyhood home. Those wishing to make a donation in memory of Don can do so to the Michael J. Fox Foundation for Parkinson’s Research at www.michaeljfox.org. 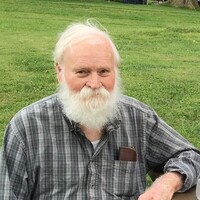