Dannie Allen Salyers, 61 of Wheelersburg, Went to be with his Lord and savior by his profession of faith on February 15, 2021. He was born on October 5, 1959 to Clarice and Elihue Salyers who proceed him in death. He is also preceded by his twin sister Peggy Sue at birth, His sister Wilma Clark, Brothers Larry, Rodger, Stanley, Robert, and Darrell Salyers.

He is survived by his Brother Ralph (Jeannie) Salyers, his Sisters Carolyn Stapleton, Audrey (Bill) Dotson, and Deborah (Rick) Nash of Franklin Furnace. Several nieces and nephews all who were very special to him, along with his many friends and Caregiver Brandy. He was a 1978 Graduate of Green High School and received an Associate Degree from OU Southern in Criminal Justice. He was employed as a Detention Officer at the Scioto County Juvenile Detention Center. Dannie loved his dog and companion Sammy and Ohio State Football. He was a member of Pine Grove FW Baptist and attended Plymouth Heights Church of the Nazarene.

Funeral service will be Saturday at 1:00 p.m at DW SWICK FUNERAL HOME in Wheelersburg  with Rev Andy Ramey officiating with interment following at Haverhill Cemetery. Friends and Family may visit and hour before the funeral service at the funeral home. 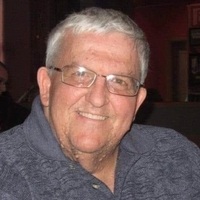