Karen Sue Crawford Martin, 76, of McDermott, passed away Thursday, February 11, 2021 at Rest Haven Nursing Home in McDermott.
She was born February 15, 1944 in Portsmouth, a daughter of the late Raymond Albert Crawford and Katherine Aberdean Crawford Lute.
Karen was a homemaker and a member of the McDermott United Methodist Church.
She was also preceded in death by her husband, Richard Luther Martin, April 16, 2005; one sister, Joan Kay Newman; and two brothers, Mark Lynn Crawford and Michael Edwin Lute.
Karen is survived by one son, Albert Scott Crawford of Syracuse, Indiana; two brothers, Raymond Douglas (Cecilia) Crawford of Princeton, Indiana, and Danny Burl (Debbie) Crawford of Otway; and one sister, Sheryl L. Lute of Lucasville.
Private graveside services will be conducted in Rushtown Cemetery at the convenience of the family. Arrangements are under the direction of the McKinley Funeral Home in Lucasville. 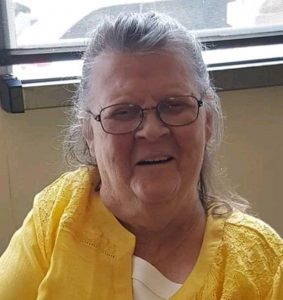