Skip to content
FacebookEmail
| logout
, 89, beloved husband, father, grandfather, and great grandfather was called Home to be with the Lordon February 6, 2021. He entered this world on August 13, 1931 in Unionville Center, OH, born to Howard and Velma Brown. Pearl graduated from Chuckery-Darby Local High School, May, 24, 1949. He enrolled at The Ohio State University. Pearl served in the Air Force from 1951 – 1955, achieving rank of S/Sgt. He obtained the National Defense Service Medal, Army of Occupation Medal with German Glasp, Good Conduct Medal and trained in Control Tower Operations and Air Traffic Control Operations. He was married to Johna Dale Hamilton on May 11, 1957. He worked over fifteen years for the Kroger Corporation as a store manager; an assistant manager in Greenfield, opening the new location store in Washington CH, Ohio on 11/13/1962 and becoming co-manager; opening the 2nd Street location in Portsmouth as manager, and then finished his career at the Mabert Rd location, in 1975. He became the owner of Brown’s Foodland. He later operated the Brown’s Upholstery Company. They became members of Franklin Ave United Methodist Church (which later merged to become Cornerstone UMC), serving on the Board of Trustees, as a Sunday School teacher, a district lay delegate to the West Ohio Conference, and as a member of the District Superintendency Committee in the mid 1990’s. They became residence of Hill View Retirement Center in 2004. He was proceeded in death by his wife Johna on October 10, 2010, his brother James Edward Brown in 2009, and a great grandchild, Traven O. Brown in 2009. He is survived by his sons Daniel H. Brown, MSgt ret., USAF(Sharon) and Rev. David W. Brown (Rev. Elizabeth), six grandchildren, seven great-grandchildren, extended family and several lifelong friends. He was a member of the Leesburg Lodge #78 of F & AM as a fifty year+ member, Portsmouth Chapter #424 of Eastern Star, and the York Rite Masonic Bodies. Pearl will best be remembered for his sweet spoken prayers, his extraordinary pies, his warm hospitality, his vibrant smile, his gentle regard of all people, his vocational competencies and community work, and for his undying devotion to his wife who he cared for many years until her death. The family expresses deep gratitude to Hill View for their years of quality care, most especially for the front-line workers and nursing staff, along with Southern Ohio Hospice, who attended him in these extraordinary times.
A private memorial service will be held at the convenience of the family. 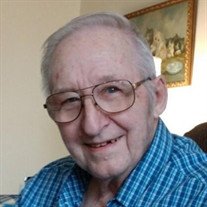