Ramey Ben Alley, 78, of Beaver, Ohio, passed away unexpectedly on Friday, February 5, 2021, at the Pavilion at Piketon Nursing Facility in Piketon, Ohio. Ben was born May 21, 1942, to the late Simmie and Grace (Osborne) Alley. On September 12, 1959, he was united in marriage to Carolyn Lou Spence who preceded him in death.

In addition to his wife and parents, Ben was preceded in death by his daughter Sandy Stapleton; a son-in-law, Terry Stapleton; brothers, Willian “Sprat” Alley, Roger Alley, Steve Alley, and his sister, Barb (Alley) Holsinger.  Also preceding him in death was a fiancé, Lois Perkins and girlfriend, Sue Cook.

Ben was a timber cutter for many years. Ben was an avid rabbit hunter. He loved spending time with his dogs in the fields. He attended Back Run Church. He enjoyed watching westerns and wrestling.

Funeral services will be conducted 1:00 p.m. Monday, February 8, 2021 at Erwin-Dodson-Allen Funeral Home in Minford. Burial will be at Jacobs Cemetery in Lucasville. Friends may call at the funeral home from Noon to 1:00 p.m. prior to the service on Monday. Per CDC guidelines and governor recommendations, everyone is asked to wear a mask and practice proper social distancing procedures and guidelines. Online condolences may be sent to www.edafh.com. 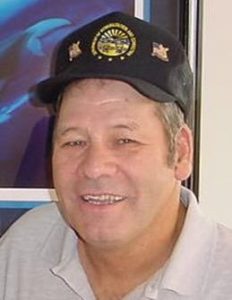