Russ was hired to the Portsmouth Fire Department on May 29, 1988 and retired as a lieutenant on June 3, 2014. He was an exceptional and highly respected fireman by all with whom he worked. A 1980 Portsmouth High School graduate, he had attended Shawnee State and was an Air Force veteran. He served as a Fire Protection Specialist and was awarded the Outstanding Unit Award, Training Ribbon and Good Conduct Medal.

There will be a visitation Monday from 4 to 5 P.M. at the Ralph F. Scott Funeral Home in Portsmouth. Masks will be required. The Portsmouth Fire Department will hold The Last Alarm ceremony beginning at 5 P.M., followed by the James Dickey Post #23 with Military Rites. Both will be available for viewing via a Live Stream beginning at 5 P.M. on the funeral home Facebook page.

In lieu of flowers, you are asked to make contributions in memory of Russ to an animal rescue organization such as Sierra’s Haven, Cabin Critters or the Scioto County Dog Shelter, or the Muscular Dystrophy Association.

The flag of the U.S. Air Force will fly at the funeral home in honor of Mr. Lewis’ service to our country. 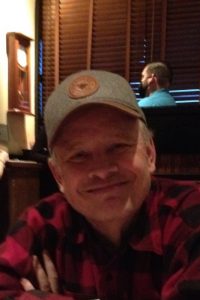