Rebecca Lynn Jones, 62 of West Portsmouth died Wednesday, January 27, 2021 at Southern Ohio Medical Center.  She was born November 2, 1958 in Portsmouth to the late Harold and Betty Erwin Thompson.  Along with her parents, she was preceded in death by a son, George Blanton, a great grandson, Xavier Dean Russell, and a sister, Polly Brown.  She was a homemaker and of the Pentecostal Faith.

Funeral services will be 1:00 PM Tuesday, February 2, 2021 at the Roger W. Davis Funeral Home in West Portsmouth with Kenneth Potter officiating and interment in Vaughters Cemetery.  Friends may call at the funeral home on Tuesday starting at 11:00 AM.  Condolences may be sent to www.rogerwdavisfuneralhome.com. 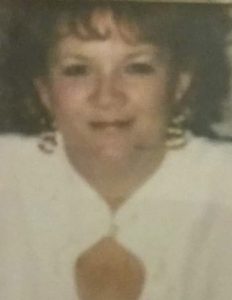