Larry Dean Scott, 60 of West Portsmouth went to be with the Lord on Tuesday, January 26, 2021 at King’s Daughters in Ashland.  He was born June 5, 1960 in Portsmouth to the late Carl and Frances Luther Scott.  Along with his parents, he was preceded in death by a brother, Kenneth Scott.

He retired from Southern Ohio Correctional Facility and was a member of the Portsmouth Amateur Radio Club where his call signal was KG8HF.

Funeral services will be 1:00 PM Friday, January 29, 2021 at the Roger W. Davis Funeral Home in West Portsmouth with Pastor David Kamer officiating and interment in Scioto Burial Park.  Friends may call at the funeral home on Friday starting at 12:00 PM.  Condolences may be sent to www.rogerwdavisfuneralhome.com. 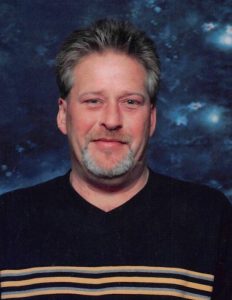