Skip to content
FacebookEmail
| logout
Esther Lorrain Mitchell Hatten Fox went to be with her Lord and Saviour on Wednesday January 27, 2021. Esther was born March 1, 1932 in Franklin Furnace, Ohio to Jasper Mitchell and the former Gladys Horsley. She was one of seven children. Always determined to do right , striving to do her best with every endeavor, Esther graduated Valedictorian from Green Township’s High School class of 1950. She then entered Portsmouth Interstate Business College where her excellent grades propelled her into her first job with the Social Security Administration, at the age of nineteen. Esther remained there her entire career, retiring after 38 years of dedicated service to the United States Government. At the age of 21, Esther met, and in very short order, married the first great Love of her life, Richard Einon Hatten. They were joined in matrimony on January 8, 1954 and were together until Richard’s
passing in 1991. Their union produced three children, one son and two daughters. Esther was a lifelong member of Garden City Free Will Baptist Church in Wheelersburg, where she served for multiple decades as the song leader and choir director. Esther was blessed with a beautiful singing voice and the joy of her life was music. In 1998 Esther met James Fox and after a brief courtship, they were united in marriage at the Garden City Free Will Baptist Church in 1999. Their blessed union brought much joy and happiness to them both as they traveled to various places making memories and friends along the way. Esther and Jim were completely dedicated to each other and remained so until Jim’s passing in 20??. Esther was a wonderful daughter, sister, mother, aunt, grandmother and great grandmother. Esther is survived by her children, Mark S. Hatten (Denise), Sara K. George (Wade), Susan A.
Wrobel (Danny). Grandchildren, Danica E. Burns (Ray), Kristen N. George (Ron), Samantha G. Neese (Drew). Great Grandchildren, Emma Grace Neese and Ellis Diane Burns. And a sister, Kathleen Herles. Along with many nieces and nephews. Esther was preceded in death by her parents, Jasper and Gladys Mitchell. Brothers, Wilfred Goodwin, Russell Goodwin, and Lloyd Mitchell. Sisters, Garnet Whitaker and Adene Chinn.
Services will be held at DW Swick Funeral Home in Wheelersburg on Saturday, January 30th at 11:00 AM and will be presided over by Reverend Blaine Etterling.  Visitation will begin at 10 AM and interment will follow the service at Sunset Memorial Gardens. 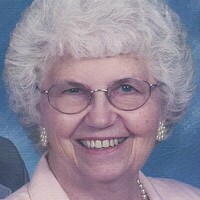